“Yanome Airfield”, which was returned from the GHQ (General Headquarters of the Allied Powers) in 1956, was opened as “Sendai Airfield” the following year.
Airline companies continued to increase their routes thereafter, and it was again renamed as “Sendai Airport” in 1964.

A de Havilland Heron aircraft used as a short-haul passenger aircraft in the 1950s. “Shirasagi-go” (All Nippon Airways), the first aircraft put in service at Sendai Airfield, was welcomed by many spectators.

The YS-11 built by the Nihon Aircraft Manufacturing Corporation was the first passenger aircraft made in Japan.
At Sendai Airport, it was used for flights to Tokyo starting in 1969.

In response to the rapid adoption of jet aircrafts worldwide in the 1960s, a new runway and terminal building were constructed at Sendai Airport.
This expanded the airport’s regular flights to cover all of Japan.
In 1972, for the first time, a jet aircraft landed onto the newly constructed runway. 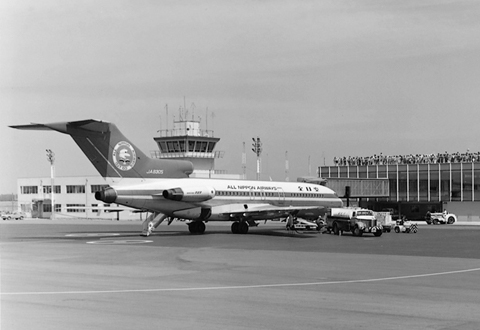 The Boeing 727 contributed to the adoption of jet aircrafts for short- and medium-haul flights with its high performance and small turning radius. 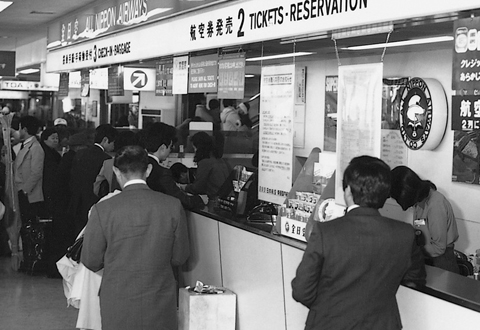 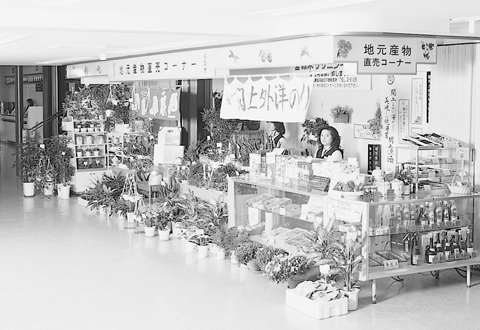 In 1982, the “Local Produce Market” corner was opened to provide the prefecture’s specialties and local produce.

In 1986,Sendai Airpart initiated measures for internationalization,including the decision to extend the runway.In 1990, flights to and from Seoul as well as Guam were established, making it the first international airpart in the Tohoku area. Since flying destinations continued to increase thereafter, the construction of a new passenger terminal building was initiated to make it appropriate as a hub airport in Tohoku. The terminal building was fully opened in 1997. 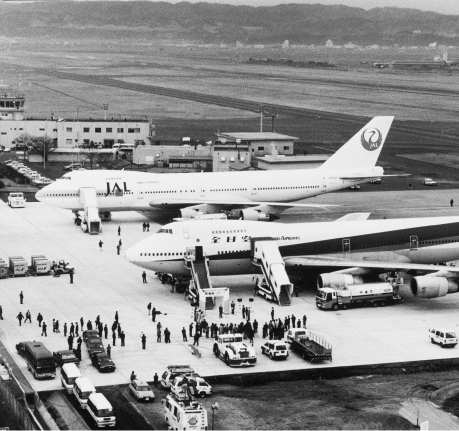 In 1992, the runway was extended to 2, 500m. To commemorate the extension, Japan Airlines and All Nippon Airways operated flights with jumbo jets.

The first international route was between Sendai and Seoul in 1990. A scene of the ceremony commemorating the commencement of international flights.

Convenient direct international flights made the airport popular and packed the terminal building with passengers for days on end.

In 1997, the new passenger terminal building was opened. It was designed around the themes of “light” as in the natural light coming into the building, “wind” expressed by the large wavy roof and “dreams” or admiration for foreign countries and future.

Making the Airport in Harmony with the Region

We conduct measures in cooperation with the government and continue to make the airport atteactive to passengers and local resideents. 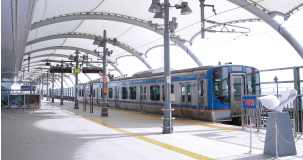 With the launch of the “Sendai Airport Line” that connects the airport and JR Sendai Staion in 17 minutes at the fastest,passengers can travel to the airport more comfortably.
For more information 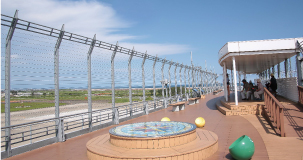 The observation deck provides up-close view of aircrafts only available at the airport.Passengers can enjoy viewing the takeoffs and landings of aircrafts while sensing the sound of engines and wind.
For more information

The museum was opened in hopes of instilling admiration for the sky in children.It is full of fun exhibits including hands-on cockpit experiences.
For more information

An office in the terminal building immediately after the earthquake

Connected pillars damaged by the earthquake

Guiding of evacuees before tsunami hits 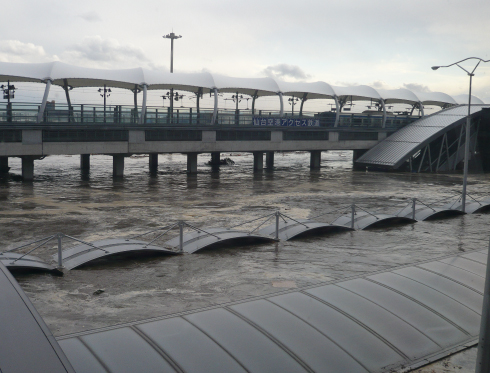 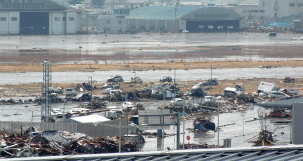 Runway after the withdrawal of tsunami 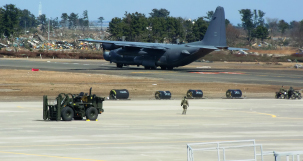 Prompt Recovery from the Disaster 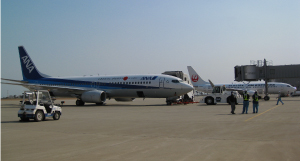 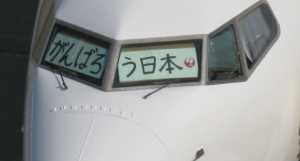 The 1st flight after recovecy.
Message from the cockpit.

To the New Stage to Take Off to the Future 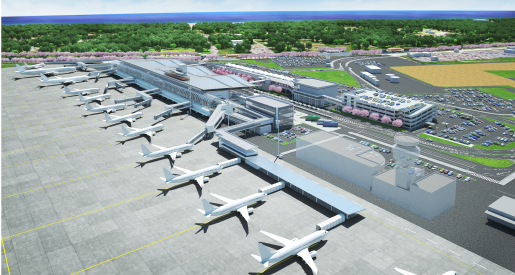